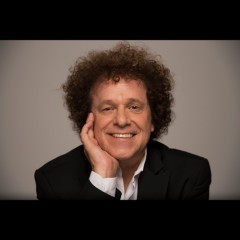 In 2022 it will be 51 years sinceLEO SAYERrecorded his first single with his groupPATCHES. The single ‘Living In America’, written by David Courtney, who also discovered him, introduced Leo to the world, yet wasn’t the big debut he wished for.

But it’s also 49 years since Leo released the record that was his first album ‘Silverbird’.

On this Warner Bros USA and Chrysalis Records UK (and rest of the world) album release in 1973, Leo first appeared on TV dressed as a white-faced Pierrot, with an image and style that gained him immediate success in the charts and on stage, this unique look creating a major buzz in the worldwide music press.

Since then, he’s had 5 worldwide No.1 hits, over 40 Top Forty singles, is a Grammy winning songwriter, and is considered one of the world’s most thrilling and entertaining live performers.

Born on May 21st, 1948, in Shoreham By Sea, West Sussex, England, Leo now lives in Australia, where he still tours, performs and records.

In 2013 he released his 13th studio album ‘Restless Years’, producing and writing all the songs, with some of Australia’s best musicians providing the backing.

To mark his 70th birthday in May 2018 he released ‘Selfie’, a collection of originals songs, yet again produced by Leo, but this time he performed the entire album of 15 songs by himself.

Now, to mark his 50th anniversary of music making, he releases ‘Northern Songs’, his tribute to The Beatles, who have always been one of his greatest influences.

He feels he’s as prolific now as he has ever been and has no thoughts of slowing down.

His career started in 1972, when he met David Courtney through an audition held in David’s home city of Brighton. Leo and David started writing songs together immediately, and took these to Adam Faith, a legendary British pop singing and acting icon from the 50’s and 60’s. Adam could clearly see Leo’s potential, co-producing ‘Silverbird’ in 1973 with David. A cover version of Leo’s ‘The Show Must Go On’ from this album became a U.S. No.1 record for Three Dog Night in 1974.

But this wasn’t the first success for Leo, Adam and David. Just a few months earlier than Silverbird’s release they’d masterminded a solo album for The Who’s Roger Daltrey. That album, ‘Daltrey’, introduced Leo to the music industry as Roger’s songwriter, most notably with the song “Giving It All Away”, which in 1972, went straight into the U.S. and U.K. Top Ten.

That song gave Leo the title for his second album ‘Just A Boy’ which became a major success worldwide in 1974 with the hit singles ‘Long Tall Glasses’ (his first U.S. Top Ten hit), and ‘One Man Band’.

By now, Leo was touring the USA, Canada, Australia, New Zealand, South Africa, Europe and the Far East as an international concert headliner. Back home in ’75, he released a third successful album, ‘Another Year’, which gave him another UK top 5 single with ‘Moonlighting’.

In 1976 Leo met with producer Richard Perry in Los Angeles. Richard went on to produce three chart-topping albums for Leo, which consolidated his image as a world-wide artist. Leo was now living in the States, writing songs with co-composers like Barry Mann, Tom Snow, Albert Hammond, Michael Omartian, and Vini Poncia, and recording with many of the top musicians from the L.A. scene. He was by now really on top of his game.

“You Make Me Feel Like Dancing” became a rapid U.S. No.1, which was quickly followed up by “When I Need You” (No.1 in the U.S., Britain and Canada) and “How Much Love”. These all came from the multi-platinum album ‘Endless Flight’, his biggest album to date. Perry further produced ‘Thunder In My Heart’ (1977) including the singles “Thunder In My Heart” and “Easy To Love”, and ‘Leo Sayer’ (1978), which had the single hits ‘Raining In My Heart’ and ‘I Can’t Stop Loving You (Though I Try)’ as well.

Back home in Britain, Leo was now being treated as a major celebrity, hosting his own BBC TV series, appearing constantly on Radio and TV, and even performing live by invitation of Her Majesty The Queen.

In 1979 he got back together with co-writer David Courtney, David producing ‘Here’ for him in L.A. Then in 1980 Leo started working in London with co-writer and producer Alan Tarney for the ‘Living In A Fantasy’ album. From this came the classic ‘More Than I Can Say’ which gave Leo another giant international chart topper, hitting No.2 in the U.S. singles chart, and topping the U.S. country charts, as well as becoming Leo’s most popular song in Asia. That same year Leo and Alan also wrote a chart hit for Cliff Richard with ‘Dreamin’’ and followed this up in 1983 with their co-write of Leo’s classic song ‘Orchard Road’.

During the 80’s Leo also recorded the ‘World Radio’ album in the U.S.A. with producer Arif Mardin, and ‘Have You Ever Been In Love’ with Christopher Neil, and brought in the new decade with Alan Tarney producing his ‘Cool Touch’ LP in 1990.

During 2005 he was in Jutland, Denmark, self-producing the album ‘Voice In My Head’, and in 2006, a U.K. DJ called Meck put a remix of Leo’s 1977 ‘Thunder In My Heart’ right up to the top of the UK singles chart, marking his second official UK No.1 hit there.

In the last seventeen years since moving down-under he just hasn’t stopped working, and from 2015 to 2019 has been back to the UK and Ireland every year for sold out concert tours and festival appearances, where he will be returning this winter.

He works in his own self-created home studio in rural New South Wales, where during the Covid Pandemic he completed this year’s Northern Songs, his latest album featuring interpretations of songs from The Beatles.

As a youthful, still fine voiced, famously coiffed and enviably energetic concert performer and recording artist, Leo has no concept of how to slow down - firmly believing as ever that ‘The Show Must Go On’.

Live in London (1999) Online release only