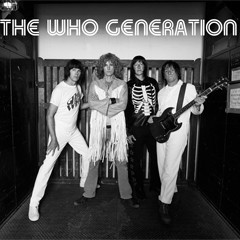 THE WHO GENERATION is an amazing tribute to the British rock band THE WHO, recreating visually and sonically the magic of the original band. The group was featured on AXS-TV's "The World's Greatest Tribute Bands." Two of the members have also performed with, and for THE WHO's Roger Daltrey!