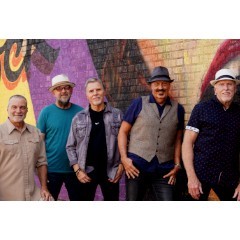 American Country Rock Band and Kentucky Music Hall of Fame members, Exile, will celebrate the 30th Anniversary of "I Can't Get Close Enough," a song released on June 19, 1987, written by J.P. Pennington and Sonny LeMaire. It was released as the first single from the album Shelter from the Night. The song was Exile's tenth and final number one country hit. The single went to number one for one week and spent a total of fourteen weeks on the U.S. Hot Country Billboard Chart. Exile continues to entertain fans during their 59-year music journey and career in both Pop and Country music. They made their Opry Debut on 8/9/2008 and as of 11-1-21, they had 113 appearances.  It is their dream to become a member of the sacred Grand Ole Opry! Exile formed in 1963 looking to play small clubs in Richmond, Kentucky but managed to top both the pop and country charts during their over 59 year-long career. Their most successful hit, “Kiss You All Over” spent four weeks at the top of Billboard’s pop chart in 1978.

In the early 1980s, Exile started to focus on country music. During their run on the country charts. Exile has successfully had ten No. 1 singles including “I Don’t Want To Be A Memory” and “Give Me One More Chance.” The hit song "Kiss You All Over" was used in the 1996 Adam Sandler movie “Happy Gilmore” and in the 2006 film “Employee of the Month.” They have toured with acts including Aerosmith, Fleetwood Mac, The Oak Ridge Boys, Kenny Rogers and The Judds. The five original Exile members re-formed in 2008 and continue to tour today. Current members of the band include J.P. Pennington, Les Taylor, Sonny LeMaire, Marlon Hargis and Steve Goetzman. 2022 celebrates 59 years for the band and the 44th anniversary of the hit song “Kiss You All Over.” They have amassed 3 Gold Albums, 8 Million Records Sold and were inducted into The Kentucky Hall Of Fame in 2013 and two members have been recognized as Songwriter of The Year by BMI and recently recognized with seven Million Airplay Awards  (three were for 4 million!) Exile is the longest-running American self-contained band! Stay current with Exile on their website https://exile.biz.